Home / The President / Past Presidents and First Ladies / George Edgar 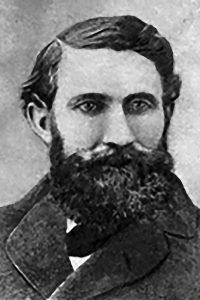 George Edgar was the first president of the Seminary West of the Suwannee River, the predecessor institution of The Florida State University. (Earlier school leaders had the title Principal.) He served in that office from 1887 to 1892.