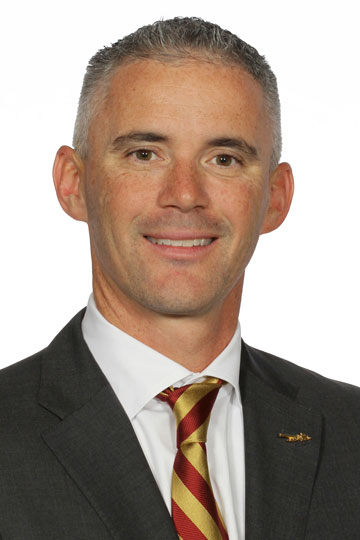 Mike Norvell enters his third season as Florida State’s head football coach in 2022. Norvell’s offenses are averaging 37.7 points per game during his six years as a head coach, which is the third-highest average in the country among head coaches active each year from 2016-21. His offense has showcased 49 individual 100-yard rushing games, 33 individual 100-yard receiving games and 20 individual 300-yard passing games. In addition to his high-powered offenses, Norvell’s teams have also scored 13 defensive touchdowns and 11 kickoff return touchdowns. His commitment to academics has been visible on FSU’s jerseys since he arrived with the addition of the ’Seminole Scholar’ patch, which has been earned by 126 student-athletes in his first two seasons at Florida State. Prior to coming to Tallahassee, he led Memphis to a 71.7 winning percentage and three straight AAC Championship Games, the first AAC school to appear in three consecutive conference championship games. Norvell is one of 16 head coaches in any conference to appear in three straight conference championship games and one of only eight to make three conference championship game appearances in their first four years as a head coach.