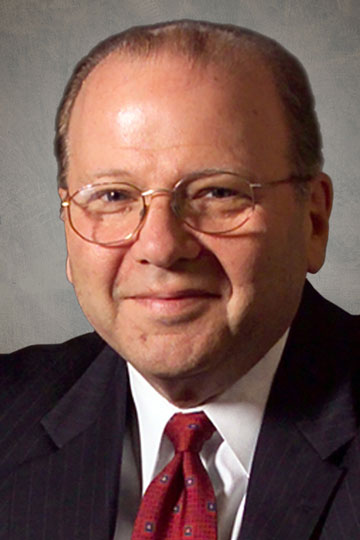 Jared L. Cohon, Ph.D. is University Professor in the Departments of Civil and Environmental Engineering and Engineering and Public Policy and President Emeritus at Carnegie Mellon University. He served as the President of Carnegie Mellon from 1997 to 2013 and as Director of the university’s Scott Institute for Energy Innovation from 2014 to 2017. He was a Professor of Geography and Environmental Engineering at Johns Hopkins University, from 1973 to 1992, where he also served as Vice Provost for Research from 1986 to 1992, Associate Dean of Engineering from 1983 to 1986, and Assistant Dean of Engineering from 1981 to 1983. Following his tenure at Johns Hopkins, he served as Dean of the School of Forestry and Environmental Studies and Professor of Environmental Systems Analysis at Yale University from 1992 to 1997. Dr. Cohon also served as Legislative Assistant for Energy and Environment on the staff of U.S. Senator Moynihan from 1977 to 1978. In January 1995, Dr. Cohon was appointed by President Bill Clinton to the Nuclear Waste Technical Review Board. In 1997, he assumed the role of Chairman of the Board, a position he held until 2002. He was appointed by President George W. Bush and reappointed by President Barack Obama to the Homeland Security Advisory Council on which he served from 2002 to 2013.

A member of the National Academy of Engineering, he has served on several committees and boards for the National Academies and the federal government. He currently chairs the Board on Energy and Environmental Systems. He chaired the committee that produced the 2010 report, “The Hidden Costs of Energy.” From 2012 to 2015, he chaired the Committee on the Fuel Economy of Light Duty Vehicles, Phase II.” In 2014 and 2015, he co-chaired the congressionally mandated Commission to Review the Effectiveness of the National Energy Laboratories. Dr. Cohon serves on the boards of two public companies and five non-profit organizations.