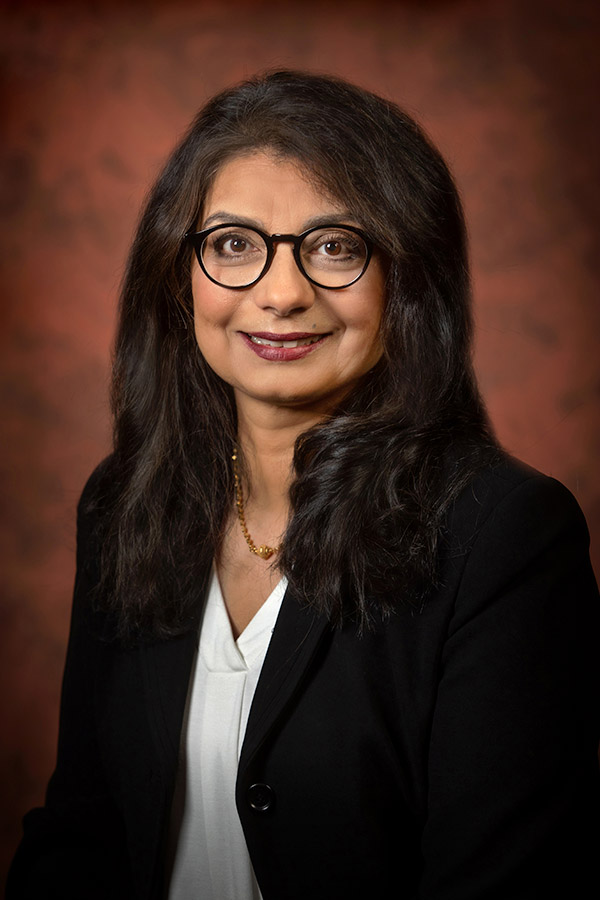 Jai Vartikar has a passion for higher education and promoting diversity, and she brings a wealth of experience in administration, research and teaching to her role as Florida State University’s First Lady.

Born in India, she moved to Pennsylvania as a child and graduated as valedictorian of her class at Waynesburg Central High School. She received a bachelor’s degree in chemistry from the University of Pennsylvania, and master’s and doctoral degrees from Johns Hopkins University. She met Richard McCullough, now Florida State University’s 16th president, when both were graduate students at Johns Hopkins.

Prior to coming to FSU, Dr. Vartikar served as the associate director of the Harvard Medical School Initiative for RNA Medicine at Beth Israel Deaconess Medical Center. During her tenure, the number of faculty members involved in the initiative nearly doubled and the reach and impact greatly expanded.

She previously was the deputy director of the Harvard Catalyst Biostatistics Program and helped lead the Harvard T.H. Chan School of Public Health Summer Diversity Program.

Dr. Vartikar began her career as a National Institutes of Health postdoctoral research fellow in cancer biology at the University of Pittsburgh, where she later served as a research scientist. Her research has been published in several peer-reviewed journals, including Nature.

She also was a lecturer in the Department of Biological Sciences at Carnegie Mellon University where she created a new course for premedical students and was a consultant for the Charles E. Kaufman Foundation at the Pittsburgh Foundation.

In between Dr. Vartikar’s professional accomplishments, she chose to be a stay-at-home mom and was actively involved in both her sons’ extracurricular activities, including serving as a homeroom mother, member of the PTA, and helping with many high school clubs and youth sports leagues. She also was a member of the Fox Chapel District Association, a nonprofit organization whose mission is to culturally enhance and beautify the community.